Volvo has been in operation since 1927. Today, Volvo Cars is one of the most well-known and respected car brands in the world with sales of 642,253 cars in 2018 in about 100 countries. Volvo Cars has been under the ownership of the Zhejiang Geely Holding (Geely Holding) of China since 2010. It formed part of the Swedish Volvo Group until 1999, when the company was bought by Ford Motor Company of the US. In 2010, Volvo Cars was acquired by Geely Holding.

The UK is Volvo’s fourth largest global market, behind China, the US and Sweden. In 2018, Volvo Car UK achieved sales of over 50,000 new cars in the UK – its highest total in 28 years.

In 1858 Timothy Taylor began brewing beer in Cook Lane in the Yorkshire town of Keighley. He struck upon a successful formula and in 1863 set up and build a larger brewery on the Knowle Spring where the company has remained ever since.

The brewery remains in the Taylor family and is now the last independent brewery of its type left in West Yorkshire. This independence enables Taylor’s to survive as one of the few brewers still brewing true cask ales in the same way it has always done.

Landlord, a 4.3% ABV Pale Ale is the flagship brew and holds the accolade of being the most awarded beer in Britain, having won CAMRA Champion Beer of Britain a record 4 times.

We are delighted to be back at RunFestRun 2020 after meeting so many fans in our fabulous tipi bar in 2019. We will be offering an extensive range of hand-pulled Timothy Taylor’s cask ales, our new dry – hopped pale, Hopical Storm, in keg as a refreshing pint, plus lager, cider, spirits, wine and soft drinks. Look out for Timothy Traylor – our bar on wheels, which is also coming too!

All for that taste of Taylor’s.

ERDINGER Alkoholfrei is a naturally brewed wheat beer that is not only low in alcohol but is also scientifically proven to be isotonic. A refreshing glass after exercise is the perfect way to recover and refuel as it provides the body with vital B-vitamins and minerals, and you can enjoy your own chilled glass of #liquidgold at RunFestRun in 2020! But don’t wait until then to sample the refreshing taste of ERDINGER Alkoholfrei - head to your nearest major supermarket or Amazon to experience every runner’s favourite isotonic recovery drink!

There really is no better way to explore the wonders of Europe than in the comfort of your own car with Eurotunnel Le Shuttle. And when it takes only 35 minutes to cross the channel from Folkestone to Calais, once you reach France, Europe awaits you.

From day trips to epic adventures, the food, the culture and the scenery is all just a drive away. And because you’re in control of your journey, you can choose where, when and who you travel with - you can even bring your pets. Visit eurotunnel.com to discover how easy and affordable it is to book your new adventure.

Ordnance Survey inspires people to get outside more often; to find new places, create memories and discover the great British countryside. Best known for our iconic leisure maps we pride ourselves on giving you the detail and accuracy you need to get off the beaten track and enjoy the great outdoors.

We’re so excited to be a RunFestRun sponsor and can’t wait to show you how our awesome app can help you hit the trails. With instant access to digital mapping for the whole of GB you’ll discover thousands of ready-made routes at your fingertips to view, print or download to your phone. You’ll also be able to create and plot your own routes to explore in your own way. With 3D route fly-throughs, Augmented Reality, offline mapping, downloads, tabletop 3D and more, OS Maps is your perfect partner for trail running and everything outdoors!

Founded in 2014 as the UK’s first app-only bank, Atom Bank has grown to 350 people and is based in the North of England. Atom Bank's products are designed to be simple, straightforward and hassle-free and as a web-based bank are able to offer a range of competitive rates on mortgages, loans and savings.

Atom Bank are proudly supporting RunFestRun as the sponsor of Paula Radcliffe's 'Families on Track' bringing the family running experience to the festival. 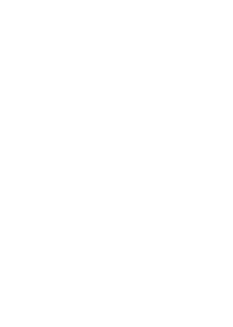 BOOK NOW
By signing up, you consent to receiving information about RunFestRun via email. We'll always treat your data with the utmost care and will never sell it to other companies for marketing purposes. By joining RunFestRun you acknowledge that your information will be used in accordance with our privacy policy.
Privacy PolicyCreated on Fixers